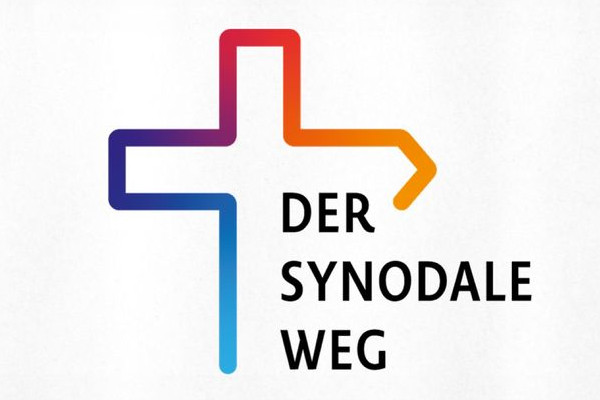 The German Synodal Way is a promising experiment that offers a unique validation of Pope Francis’s advocacy of synodality through its own approach to communal discernment and decision making. The challenge is whether the concerns and criticisms raised by key curial officials, if not by Francis himself, about how prophetic teaching authority is being exercised in this experiment can be adjudicated with the convictions of the participants in a way that affirms the integrity of the process being employed.

As is widely recognized, from the beginning of his papacy Francis has promoted the cultivation of the practices and skills of bishops, priests, and all the faithful people of God in processes of communal discernment in councils and synods at every level of the church. In 2013 he raised the rhetorical question with members of the Latin American Bishops Conference that he collaborated with in preparing the Aparecida Document: “Is pastoral discernment a habitual criterion through the use of diocesan councils? Do such councils … provide real opportunities for lay people to participate in pastoral consultation, organization and planning?” The pope’s response: “I believe that on this score, we are far behind.” In Evangelii Gaudium he urged Catholics to learn from the Greek Orthodox Church about their experience of synodality. In 2015 on the anniversary of the Synod of Bishops Francis said:  “From the beginning of my ministry as Bishop of Rome, I sought to enhance the Synod, which is one of the most precious legacies of the Second Vatican Council… it is precisely this path of synodality which God expects of the Church in the third millennium.”

Pope Francis has promoted synods and synodality in his teachings, public addresses, and practices and urged curial officials to develop a formal theology and official policies that implement this treasure of Vatican II. He recently announced that the next synod of bishops to be held in October 2022 will have the topic: “For a Synodal Church: Communion, Participation and Mission.” It is my conviction that The German Synodal Way has crucial contributions to make to these deliberations, both in its achievements and in its disappointments.

What is Distinctive About the German Synodal Way?

The German approach offers one of many global efforts to advance the pope’s agenda on synodality. It has distinctive features in comparison with international synods of bishops, plenary and provincial councils, and arch/diocesan synods. The innovations in the method of the German Synodal Way, largely pertaining to the close collaboration of the German Episcopal Conference with the Central Committee of German Catholics, are mainly motivated by questions and concerns about the status quo in terms of how bishops exercise their prophetic office of teaching and the exercise of their governing authority in relation to the participation of the laity in general, women in particular, and theologians, especially pertaining to how synods and councils operate.

The German Synodal Way offers three areas of promise and one disputed issue.

First, the German Synodal Way offers a distinctive experimental process of discernment and decision-making in the exercise of the prophetic office of teaching in the church. It is unique in the way it engages together three sets of actors—theologians, lay people, and bishops—in processes of naming and analyzing the particular challenges in the church on a particular topic and developing constructive responses.

This collective body searches for specific ways to respond to the identified challenges, in this case, clerical sex abuse and episcopal concealment. Their efforts to create a theological and pastoral response entails drawing upon historical resources that embody the living tradition of Catholic faith. Their approach to traditional sources in their analysis of the challenges and their theological and pastoral responses are informed by tested scholarly standards and critical debates. Thus, the Synodal Way formulates positions that communicate (1) dynamic fidelity to the living tradition of faith, (2) honesty in its negotiations of contested contemporary scholarly issues in assessing this tradition in relation to the issues being addressed, and (3) persuasive arguments that offer sources of healing and hope by recommending policies and praxis that care for the wounded and address the dysfunctional structures involved. My approach is indebted to Francis Schüssler Fiorenza’s hermeneutical, critical theoretical, and pragmatic theological method, and comparable to Paul D. Murray’s advocacy of dynamic integrity in theology based on intrinsic, extrinsic, and pragmatic coherence as employed in Receptive Ecumenism.

My appreciation of the German Synodal Way is based on a groundbreaking theological discovery and argument that provides the basic justification for the involvement of the three sets of actors. This has been advanced especially by Ormond Rush who identifies the sense of faith of all the faithful, the magisterium, and the theologians as involved in the one teaching office in the church based on the prophetic office of Jesus Christ.

Peter De Mey has demonstated that Vatican II documents operated with a bi-polar approach to circularity between bishops and pastors in Dei Verbum §§ 7-10, and between the hierarchy and the people of God in Lumen Gentium in §§ 12 and 25. However, as Rush has documented in his treatment of the relation of the Magisterium and Theologians in The Vision of Vatican II: Its Fundamental Principles that although the documents of Vatican II depended upon a dynamic collaboration between bishops and theologians in the development of the documents, there is very little mention of the role of theologians in the one teaching office of the church in these documents. This is an enigma since theologians have been widely recognized as active agents collaborating with curial cardinals and bishops in drafting the Vatican II documents and in the process of revision. However, their agential role in this epic exercise of formulating these documents was not explicitly incorporated into the doctrine of the prophetic office in these documents.

Second, by taking responsibility together as active agents in a synodal way, bishops, theologians, and lay people are being summoned to cultivate and exercise the praxis of attentiveness and responsiveness to the work of the Spirit in the sense of the faithful and in the laments of the faithful.

Developing these habits of mind and affect will require pedagogical processes over  generations in different geographical places and diverse cultures. This broadened mandate to heed and respond to the sense of the faithful is the result of Vatican II’s teaching on the participation of all the baptized in the prophetic office of Jesus Christ, but it is also indebted to lessons learned from liberation and indigenous theologies that have called us to be attentive and responsive to the laments of the poor, the oppressed, the marginalized, and the cry of the damaged earth. The German Synodal Way has been occasioned in a special way by a summons to heed and respond to the voice of the Spirit heard in the laments of the victim-survivors of clergy sex abuse and their allies and advocates.

The clergy sex abuse scandal is one complex sign of the times that has jeopardized the identity and mission of the church in our age. Undoubtedly there are other challenges that need to be addressed by the church using various synodal ways. There is awareness among people around the world of the plight of immigrants and refugees, the struggles against racism and xenophobia, the destructive impact of neo-capitalism and neo-colonialism in the global south and around the world, and in the environmental crisis, all of which need to receive discernment, deliberation, and a response by the church.

The German Synodal Way is not only focused on naming problems and diagnosing the causes of those problems. It is especially searching for ways to address these issues. This kind of approach calls to mind an argument made by Ignacio Ellacuría shortly before he was martyred. Based on his years of experience as professor and rector at the University of Central America, he reasoned that the church, theologians, and universities must engage in propheticism in naming and analyzing contemporary problems, but this must be combined with a utopian vision. Now instead of using the term utopias, which can be confusing, contested, and unconvincing, I would restate his claim. Prophetic responsiveness to the laments of the faithful requires honest diagnoses of problems caused by individuals and structural and systemic failures. But such a diagnosis must also be combined with the use of the productive imagination that draws on a living tradition of faith, and an evolving social imaginary that combines communal narratives, aesthetic and cultural resources, and proposals for structural change. This particular way of praxis comes to light and is tested through communal discernment and decision-making. This is the approach being advanced by the German Synodal Way.

Third, the German Synodal Way seeks to move beyond polarization in the church by rejecting false antinomies and polarities on a variety of issues pertaining to the use of power in the church, priestly life, the role of women in ministry and office, and pertaining to various issues in gender and sexuality.

These topics are often the hot zones when it comes to polarized discourse in the church and they need not be, but we need to have efforts like the German Synodal Way to model how the church can move forward on these issues. This requires rejecting dichotomizing spiritual conversion and structural reform when addressing clericalism and hierarchicalism.

The German Synodal Way aims to move beyond a strict and rigid application of the consultative-only clause in canon law as it is used in discernment and decision-making bodies in the church by involving lay people, theologians, and bishops in participatory structures in the church.

The challenge has clearly been raised by the curial cardinals who voiced alarm about the German Synodal Way and by Pope Francis in his Letter to the German People which states that “synodality … [which] comes from above downward … is the only way to make mature decisions in matters essential to the faith and life of the Church.” Those involved in the Central Committee of German Catholics have consistently called for the German Synodal Way to adhere to a binding synodal process, which means that everyone involved in the synodal way would vote and these votes would determine decisive courses of action that would bear upon the life and praxis of the German Church and particular churches. This course of action was modified in order to satisfy the demands of curial officials to the regret of some on the Central Committee.

The question should be raised: are there ways to move beyond this impasse? This is the unanswered question at this point, but the Central Committee has confirmed that this remains a point of contestation and they wish to find ways forward. Efforts have been made to narrow the scope of applicability of the decisions voted upon. But the Vatican’s persistence in stating the standard formulation, simply confirms that this conflict remains unresolved. It is unclear that the German Bishops are searching for other alternatives. Pope Francis has in other matters sought to find ways to move beyond polarities and false binaries.  Can we find ways to do that here?